So few consumer goods live up to expectations. The Thigh Master failed to master my thighs; they’re still large and in charge. Drinking Smart Water didn’t make me any better at Jeopardy, and let’s not even discuss the so-called Miracle Breast Enhancement Pills.

Thus I’m always dubious when someone says to me, “This product is the best thing since sliced bread.” (Which, incidentally, is a dated phrase. In a world of Apple watches, Alexa and beer guzzling helmets, sliced bread is a bit on the ho-hum side.)

But, nevertheless, a few weeks ago, someone sent me an email saying, “Hey, you need to try this new meal subscription service. It’s makes cooking dinner idiot-proof.”

To be honest, cooking dinner has always idiot-proof for me because I never do it. My husband has been doing all the cooking since we’ve been married.

In recent months I’ve been feeling guilty about my lack of contribution in the kitchen and have tried to make up for it by preparing a few of my signature dishes. You’d be surprised how fast my husband got weary of grilled cheese sandwiches, cold cereal and boiled water.

It was time for another strategy. Perhaps a meal subscription service was the answer. Several days later a box arrived on my doorstep, packed with the ingredients for three meals.

The package included everything I needed with the exception of cooking oil, water and a fire extinguisher.  (I must confess I’ve started more than my share of grease fires. As my husband once said, “It takes a special talent to start a grease fire when you’re making toast.”)

Usually cooking a meal makes me feel as busy as a one-legged girl in butt-kicking contest, but the process was so streamlined and easy it was almost impossible to muck it up. In fact, it was such a breeze, I almost felt like my body was being possessed by one of the all-time great chefs, possibly Emeril Lagasse, because while I was preparing the meal I heard the sound BAM!

(It was an egg exploding in the microwave. But no harm, no foul, I had more eggs.)

Eventually the meal was done, and my husband came home and said, “Something smells good. Are you trying something new with Captain Crunch?”

My husband glanced down at his plate. “Where did this come from?”

He looked extremely dubious but then his forked uncovered one of my earrings which accidentally fell into the pot and he said, “You did cook this! And no grease fire?”

Actually there was a grease fire but it was minor and easily contained. And the final product was worth the effort. I’m now a convert to meal subscription services. It’s way better than sliced bread and almost as groundbreaking as a beer guzzling helmet.

This article appears in the June/July 2017 issue of Augusta Magazine. 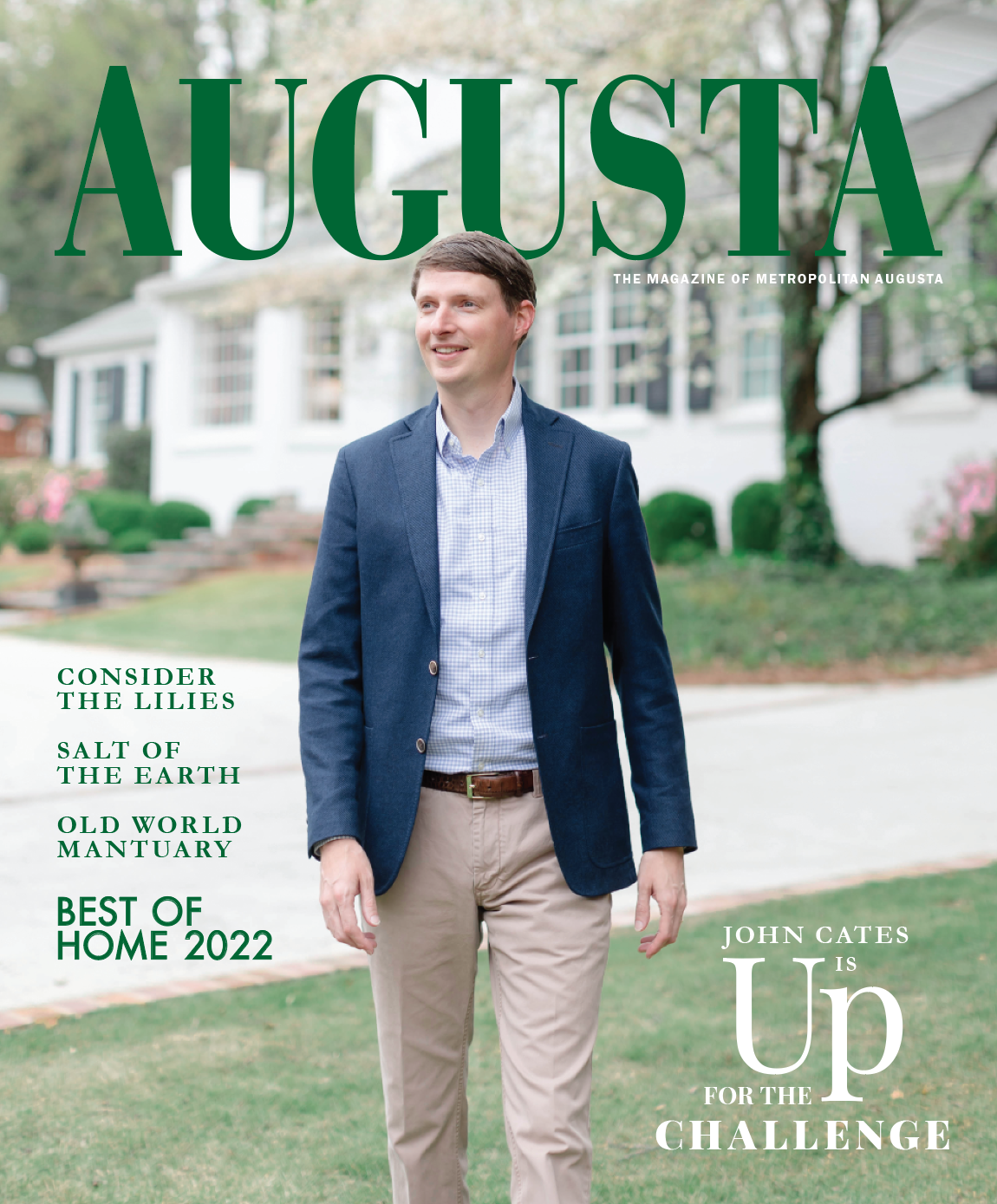