Of Apples and Obsessions 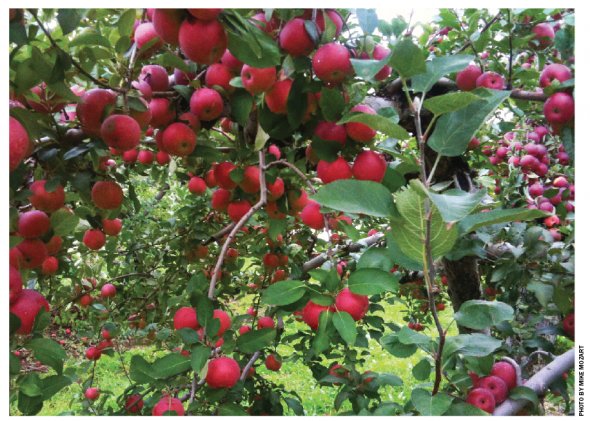 IT WAS SOMEWHERE BETWEEN Des Moines and Cedar Rapids. I was riding my bicycle on one of those roads that crisscrosses Iowa with a checkerboard-like perpendicularity, cutting straight paths through the fields of corn. They have an almost tunnel-like feel to them at the end of the growing season, as the crops on either side of the road block one’s view in any direction other than straight ahead.

Periodically, the view would widen as I passed the home of the farmer who tended these fields and I could see the place he called home. I enjoyed seeing places, homesteads, that had witnessed generations of real American family life. It became apparent to me after my first hundred miles or so that most of these families had several apple trees near their houses and, at this time of year, these trees were laden with beautiful fruits. Oh yes, how wonderful is the family orchard.

It may be a fading memory, that children remember climbing an apple tree or jumping to grab that red treasure, just beyond reach. What a loss. What soul isn’t enriched and stirred by such an experience? It is something we should endeavor to pass along to our children and grandchildren. It is something we should do for ourselves as well. No one will ever regret planting an apple tree.

It was about four years ago that I began to desire a small orchard of my own. I knew there were some varieties of apples with which my family had some history and that was the beginning of an interest in heirloom apples. An interest can easily become a (mild) obsession and it wasn’t too many weeks later that the box arrived at my doorstep. Fourteen varieties.

It may be a fading memory, that children remember climbing an apple tree or jumping to grap that red treasure, just beyond reach.

“Grimes Golden” from West Virginia, the one my mother had described to me as a delight from her youth. “Cox’s Orange Pippin” from England, “Calville Blanc” from France and several others who had their passports stamped to arrive on our shores. It would be an experiment.

There are many naysayers in horticulture, as there are in most fields of human endeavor. “That won’t grow here” is as common a phrase in gardening circles as “because we’ve always done it that way” is in committee circles. Well, most of us rebel at such strict nonsense and often try to see for ourselves if the conventional wisdom is really all that wise. My own “questioning of authority” was manifested in the purchase of several varieties of apple that hale from places that are quite dissimilar to our own piece of the Earth. I wanted to see just who would produce fruit here in Augusta.

“Kerry Irish Pippin” was an apple that leapt off the page at me, as I have a great affection and appreciation for that island that God modeled after Eden. The fruit looked good, not the uber red visage of some grocery store varieties, but a more natural “girl next door” loveliness. It was in my shopping cart immediately, despite the fact that our summers are hellish compared with the summers of County Kerry.

“Jefferis” from Pennsylvania had the good fortune of being born in the same state as I and that was reason enough for me to need one of those. “Lamb Abbey Pearmain” looked really good and had an interesting name…and so it goes. When the shipping costs equal the cost of the plants you stop shopping and only then. Did I say “obsession”?

It has been three growing seasons now and most of the trees are still in my garden. Some of them have produced a little fruit, while others have flourished. All of them bloom in mid-spring and are finishing up their blossoming by late April. It is among my favorite sights—pink buds opening to become white flowers of a most delicate composition. They are a major contributor to the spring pageant, adding a romantic element as apples are a member of the rose family, and the relation is obvious when they are in bloom.

As much as we appreciate flowering plants, it is in the following weeks that another beauty begins to show. At first evidence they are tiny, about the size of a pea, when first noticeable. A week later they are the size of a marble and starting to show the characteristic shape of the “king of fruits.” Baby apples! The hope that was inspired by the photos in that catalog is actually being fulfilled. Only a soulless person would not be moved by the miracle.

So apples can be grown in the mid-Southern garden and we are not strictly limited to the classic Southern varieties. This is not to say that we shouldn’t embrace those time-honored cultivars with such familiar names and flavors as Yates or Rome Beauty or Arkansas Black. They all possess the family traits that make a great family tree and how many landscape plants can claim to leave lifelong positive memories for children?

Apples do need other varieties for pollination, so you will need to plant several different ones. I have crabapple trees in my garden and I am told that these are pollinators for my other varieties. This is a good thing, as crabapples are not only early blooming but also long blooming.

There are lists of varieties suitable for cross-pollination available, so you can be sure of getting fruit from your trees. Be sure to plant your orchard where it gets the most possible sun.

Exposure to wind is also very helpful for keeping trees healthy, as I have witnessed on those hilltop homesteads of Iowa, where the wind is an ever-present reality and the trees are thriving.

You may think that you have not the space for an orchard. That is not necessarily an obstacle. Trees may be trained into spacesaving, and very stylish, Belgian fences. This method of pruning is designed to grow a tree that resembles a candelabra. If you haven’t tried it you may want to research the technique. It involves a biblical sort of pruning early in the tree’s life and, as such, I have only begun to attempt it on trees with which I have no sentimental attachment. It looks fantastic, but one must have the foresight and sense of purpose that, to my disappointment, I have not exhibited to date.This is only because I was too interested in seeing just who would make fruit, so you will forgive me.

Please consider growing your own family orchard. It will become a generous companion to you and a source of beauty as well. I have been delighted to make a home for my friends from abroad as well as my acquaintances from other areas of our country.

My favorite apple has turned out to be Irish. “Kerry Irish Pippin” produces wonderful fruit every July, ripening very quickly in our Southern climate. Who would have guessed?

If I’ve piqued your interest,  there are multiple sources for growing fruit trees online. I would also recommendTrees of Antiquity as a remarkable reference. 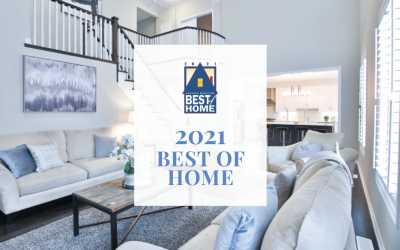 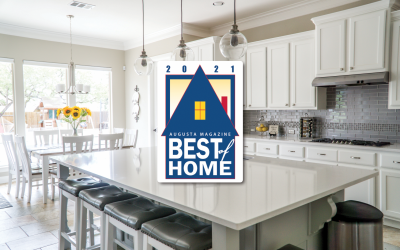 From building and renovation to landscaping and design, vote now for Best of Home 2021! CLICK HERE TO VOTE! 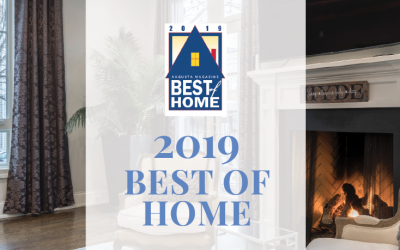