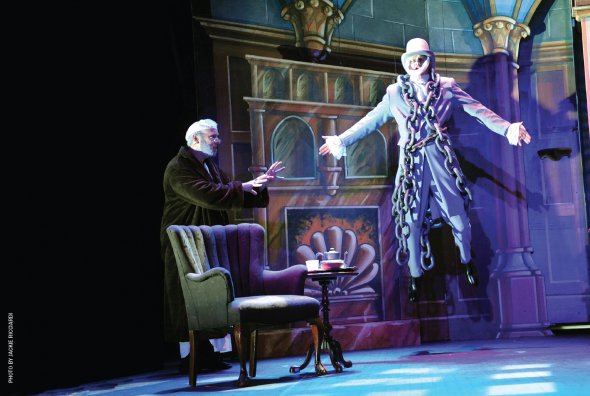 Should you be reading this?

I mean, it’s December, right? Don’t you have cards to write? Cookies to bake? A party to get ready for? Have you made that hair appointment? Your house isn’t really Christmasy enough yet, is it. You need to buy the tree, get the ornaments out of the attic, untangle the lights. A wreath for the door. Snow globes, nutcrackers, crèche.

What about your Christmas shopping?  The traffic is crazy. Did you see the mall parking lot? Still, better now than later. The stores are only getting more crowded. And some of those people are rude! Salvation Army bell ringers outside the stores, Marines collecting toys, food drives for the homeless, desperate refugees all over the TV screen.

Oh, and you have to get something to wear for that charity function. Don’t forget to box and address those presents and get them to the post office before it’s too late. Extra choir rehearsal. Secret Santa. Church potluck. (You’re not going to buy a prepared dish instead of cooking something, are you?)  And you’re still reading? What’s the matter with you? There’s no time for this. You’re going to screw up Christmas. 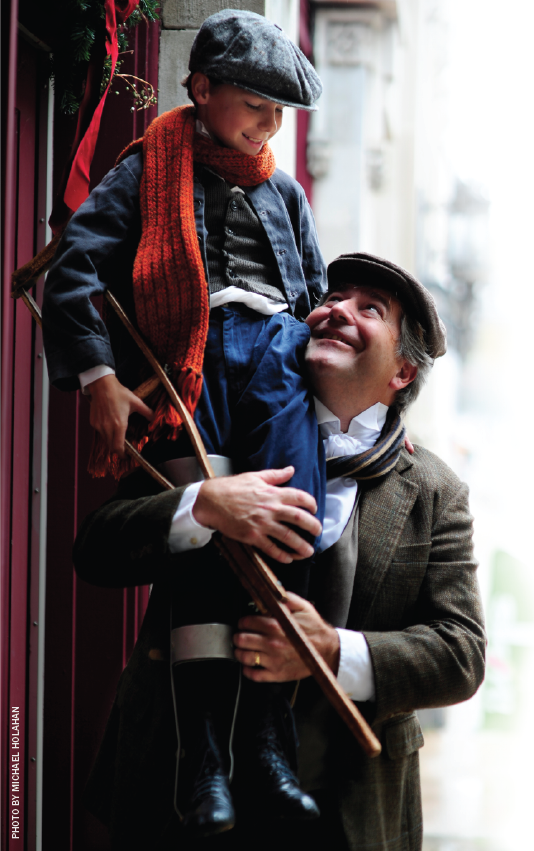 …the carolers in tophats and shawls…

There is a cure for all this. More and more Augustans turn to it each year. It’s the Dickens Cure. It involves returning to the source of our invocations of Scrooge, Christmas Ghosts and “God bless us, everyone.” It involves a trip to the Imperial Theater to see A Christmas Carol: the Musical.

It turns out that many of the Christmas traditions we cherish have their origin in Dickens’s A Christmas Carol, the novella he wrote in 1843. The story has rooted itself so deeply into our culture that its characters and sentiments have become part of our understanding of Christmas. Its 19th-century setting creates in us a nostalgia for an idealized, old-fashioned Christmas: the blazing hearth, the carolers in top hats and shawls, the family laughing around a table heaped with delicious meats and sweets, hearts warmed by the spirit of the season.

That’s our idea of the Christmas spirit. But that’s not what Christmas meant before Dickens. Christmas always marked the birth of Christ, of course, but historically that birth became merely a justification for a day of midwinter carousing. That’s not surprising when you know the history of the feast. The Roman Emperor Constantine set December 25 as the day to celebrate Christ’s birth not because Christ was actually born on that day—which historians agree is highly unlikely—but because that was the time of the winter solstice and the pagan festival of the Saturnalia. The Saturnalia was a week-long celebration of the god Saturn in which gifts were given and the social order was suspended in a holiday of lawless revelry. By grafting the celebration of Christ’s birth onto this already existing pagan festival, Constantine hoped to turn that pagan energy in a holier direction.

A Christmas Carol…creates in us a nostalgia for an idealized, old-fashioned Christmas…

It worked; but something of the pagan impulse still clung to Christmas. So much so that when the Puritans seized control of England in the 1600s and a small band of them colonized New England, they actually forbade the celebration of Christmas. They saw no biblical justification for such celebrations, which were marked by drinking, gaming and the brawls that invariably resulted. Revelers were fined for disturbing the peace.

Dickens helped re-shape the celebration of Christmas with his A Christmas Carol. He wrote at the height of the Industrial Revolution. Forced off the land, the dispossessed poor flooded the filthy, overcrowded cities. They were glad to find work, however long the hours and miserable the conditions, in the “satanic mills”  built beside every fast-moving river, or in the mines whose coal heated homes, powered steam engines and filled the air and lungs with soot.

Appalled by the cruel laws with which the government punished the poor, Dickens created Scrooge, the personification of the greedy, self-satisfied ruling class. Scrooge’s response to a solicitation to house and feed the poor was, “Are there no prisons?” His cheerful nephew Fred describes Dickens’s vision of what Christmas should be: “the only time I know of, in the long calendar of the year, when men and women seem by one consent to open their shut-up hearts freely, and to think of people below them as if they really were fellow-passengers to the grave, and not another race of creatures bound on other journeys.”

“What we learn from A Christmas Carol is what’s really important: family and friendship and sharing moments together.”

In A Christmas Carol, Christmas is not a time of wild carousing, but a time when both rich and poor gather with their families at the table and share hospitality with those in need. By the end of the story, with the help of the visions provided by the Ghosts, Scrooge learns to cherish these things too.

Scrooge lives. Today he’s driving home from Florida on the interstate, cursing the traffic that chokes the roads around Disneyworld and the crowds enjoying Christmas vacation. Well, OK, it’s actually Brandon Brune, who plays Scrooge in the Augusta Players production. And he’s not cursing, either. (His kids are in the back seat.) But he admits, “Right after Halloween when I see the Christmas decorations go up and the holiday season begins, it gets very stressful. I become a bit of a Scrooge myself. It’s such a battle; I don’t feel very excited about Christmas.” But then the rehearsals for A Christmas
Carol begin. “There’s something about going through the experience of this show, going through the transformative process with Scrooge, that’s very emotional.

“Sure, December is full of crowds and obligations and all the things that Scrooge can’t abide. But what we learn from
A Christmas Carol is what’s really important: family and friendship and sharing moments together. It’s not what you have or can afford. It’s the time you share together.”

Debi Ballas, the Players’s executive and artistic director, directs the show. She’s been directing it in one version or another for 15 of the 18 seasons she’s been with the Players. This musical version, with lyrics by Alan Menken (who wrote The Little Mermaid, Beauty and the Beast, Aladdin, Pocahontas, Little Shop of Horrors and many others) has enchanted Augusta audiences. “They’ve embraced it as part of their holiday tradition,” Ballas says. “Our audiences have been growing. You’d think something we did every year would get old. Just as we all have traditions at Christmas that we do every year, this Christmas Carol has become important to people. Scrooge reminds us that we need to be kinder. People want to be reminded. They fear what they may be becoming. Scrooge grounds us.” 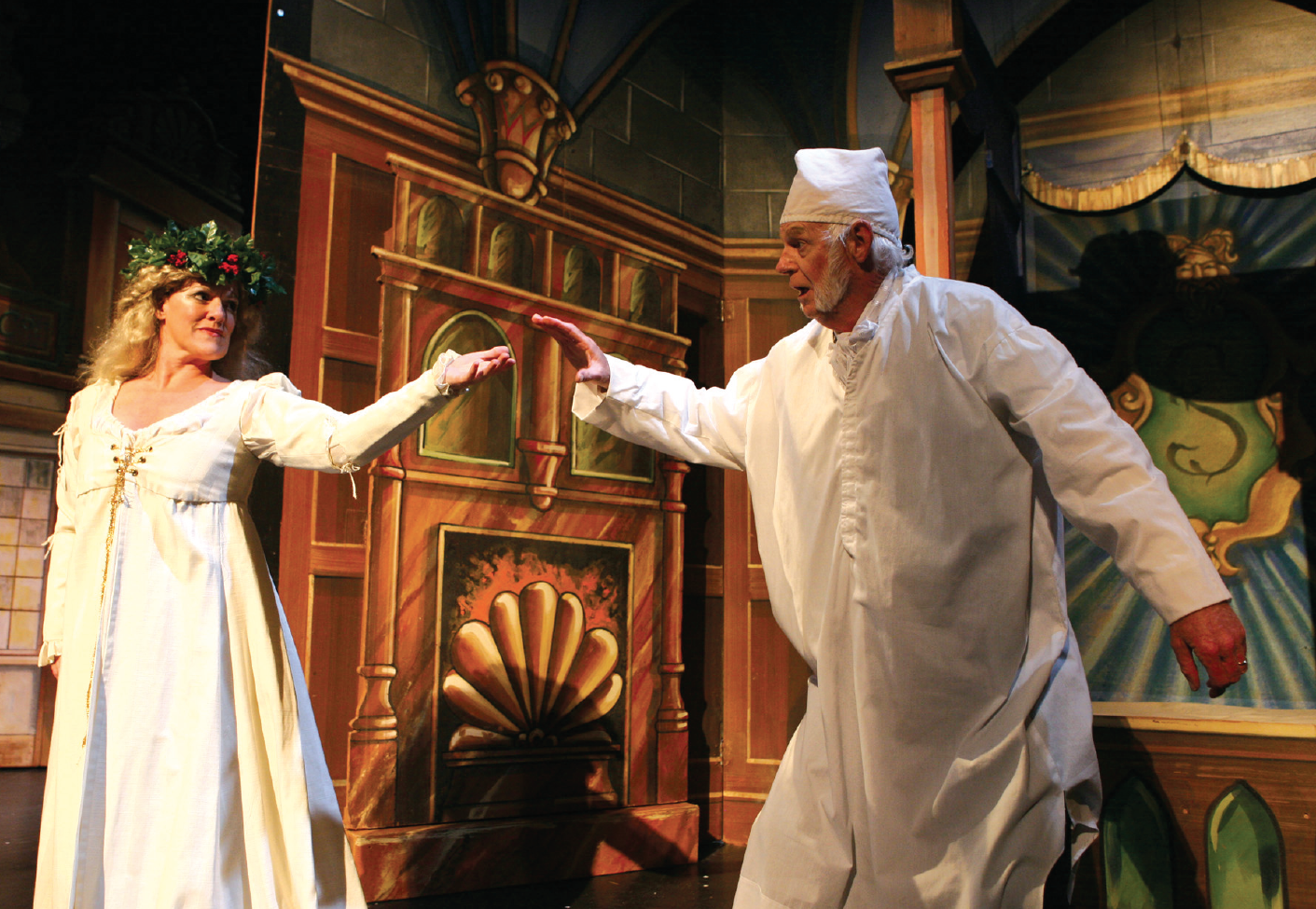 But Dickens’s story stirs up many other aspects of Christmas. The caroling, the feasting, the “Merry Christmas!” greetings evoke the joys of the season, of course. But as we grow older, we notice, Brune notes, the story’s dark memento mori that reminds us “We’ve only got so many experiences to share with our family,” and they mustn’t be taken for granted. Ballas is touched by the Ghost of Christmas Past, who makes us reflect on people who have come and gone from our lives, people we remember with special poignance during the holidays. The story touches people at so many levels that it is the most produced play in the world.

If all these lessons and evocations didn’t come wrapped in magic, laughter and joy, they would echo in empty theaters. In the Players’ production, the stage is bursting with a cast of 40 to 50 adults and children. Brune’s whole family is in the production. It’s part of their celebration of Christmas. And his isn’t the only family up there. “Quite a few families have made it a performance tradition,” Ballas says. “Many of them feel it’s their gift to the community.”

It’s a gift thousands will enjoy. The cast does six school productions during the week. Kids bused in from local schools fill the Imperial Theatre. They get the whole play, not a watered-down version. Most of them have studied the story in the classroom, so they are an eager and informed audience. Brune loves acting for the students. “They are really responsive,” he says. “I color my performance for them. I make my Scrooge a little bit goofier.”

With six school productions under their belt, the cast does two shows for the public—December 12 and 13. By then the cast is full of confidence and brimming with energy.

“It’s real ensemble piece,” Brune says. “It takes a bunch of great performances to create that magical atmosphere. Everyone doing the project is excited to be doing it and they capture the joyousness of the season. Some cast members have been doing it for years—we all feel we need to do it. But each time we discover something new. It never gets old. Scrooge is like an onion—I keep discovering things to unpeel.

“I’m not surprised it’s become a tradition in Augusta. It’s an essential part of my Christmas, a reminder of what really matters. I’m proud to be part of it.

Adding to the Christmas Carol experience this year is Mr. Fezziwig’s Annual Christmas Ball. The Players fundraiser re-creates the holiday parties given by the young Scrooge’s first employer, jolly Mr. Fezziwig. Costumed performers from the cast will join revelers in the Rotunda of the Augusta Museum of History on December 5. For information and tickets www.augustaplayers.org. 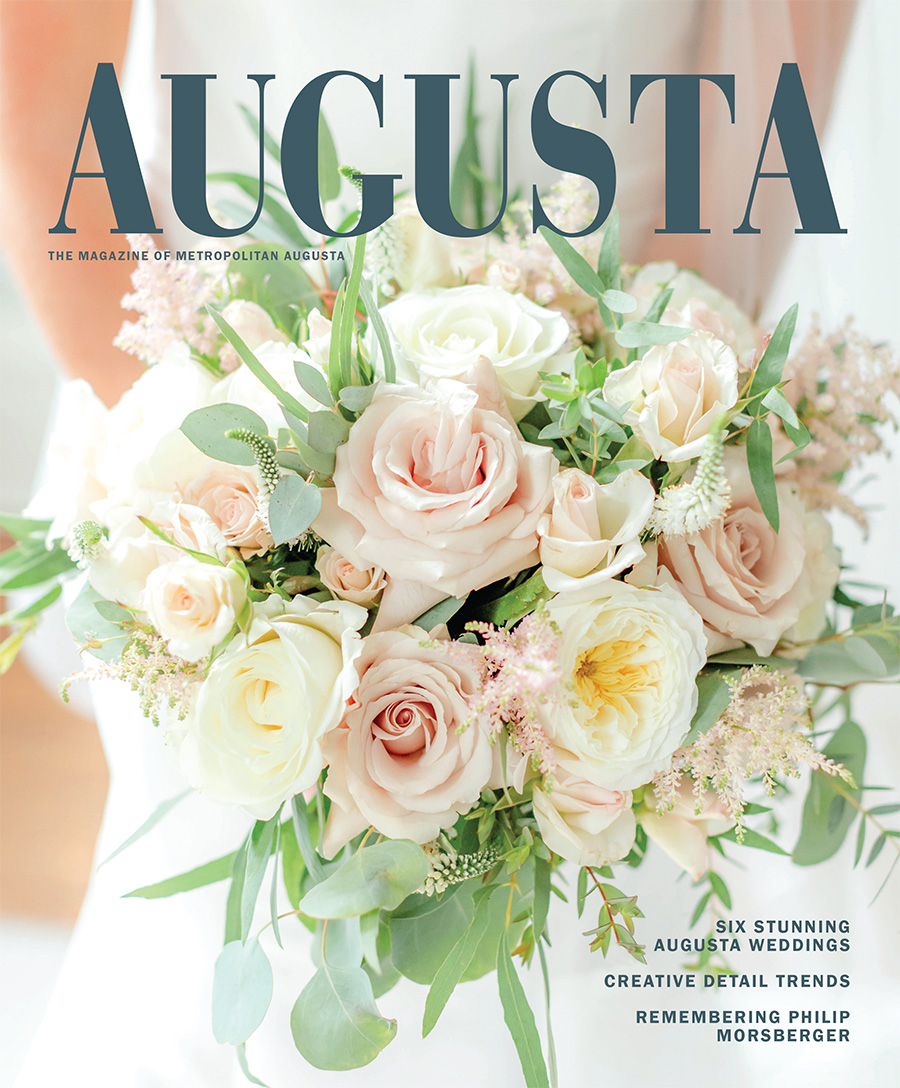 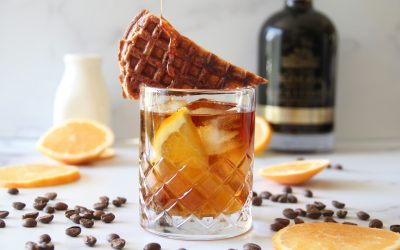 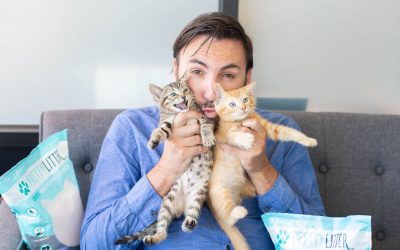 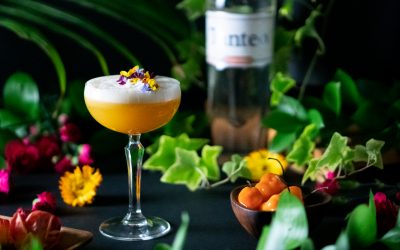