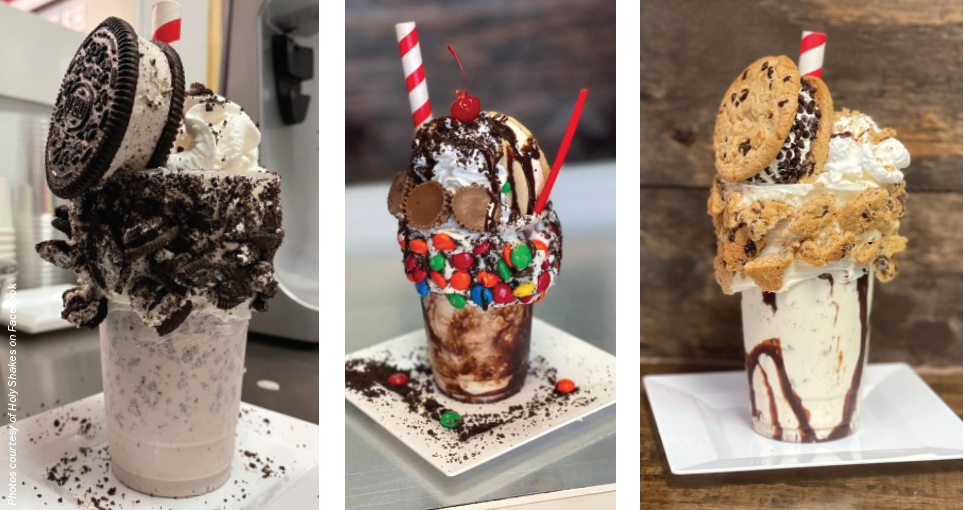 What better way to celebrate summer than a flavorful shake topped with magnificent goodies? Holy Shakes has opened a new location in downtown Augusta as part of their franchising process. Each of their iconic shakes have a mountain of sweet toppings to compliment the flavor. From cotton candy, edible flowers, candy lollipops to a brownie tower, your inner sweet-toothed child will be screaming!

These Instagram-worthy shakes are sweet enough to share, so grab a friend and give Holy Shakes a try! 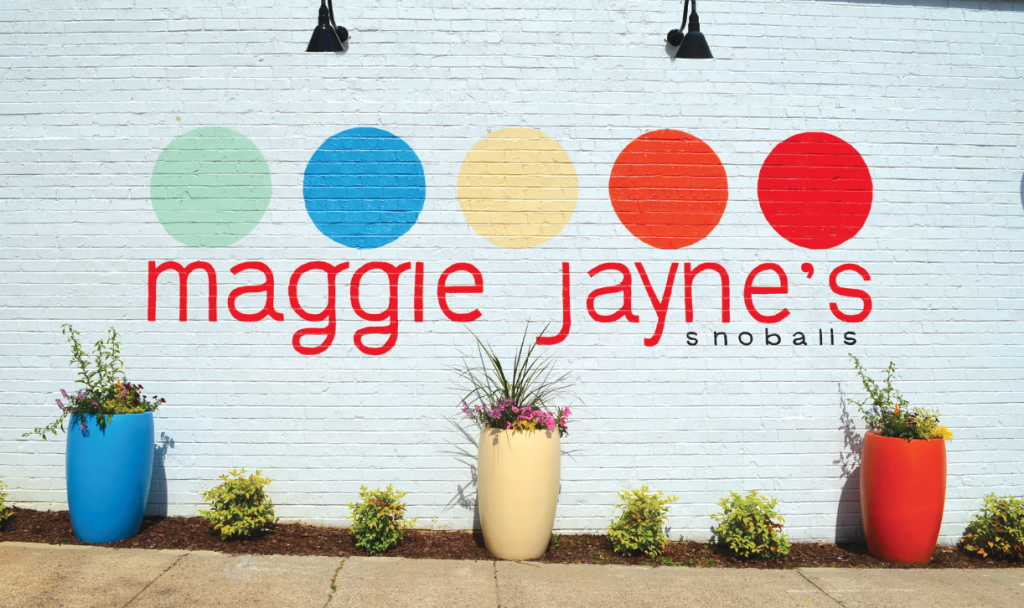 If you’re looking for a refreshing treat to cool down on a hot and humid summer day, stop by Maggie Jayne’s Snoballs in Appling. Opened in September 2020, Maggie and Maddie have been serving up icy treats for humans and our furry friends.

With 50 syrups to choose from, you can enjoy your favorite snoball flavor or pick from their nine different Italian ice flavors. They also offer shaved ice with chicken broth if your pup is looking for a delicious cooldown.

Now, you may be wondering what the difference between a snoball and an Italian ice is. Though they are similar, Italian ice is made with the flavoring frozen in before it’s scooped, as opposed to a traditional snoball of shaved ice with flavored syrup on top.

Recently Maggie Jayne’s has added chili and hotdogs to their menu if you’re looking to stop for an enjoyable lunch with a sweet treat after. They’re open year-round and even have some additional flavors, toppings and treats that change with the seasons and holidays. 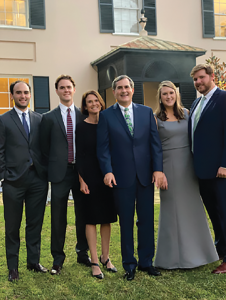 There’s a New Mayor in Town
By Don Rhodes

North Augusta financial advisor Briton Seitz Williams had a very good reason why the Republican candidate for mayor could not be present in late April for the dedication of the new riverfront Sharon Jones Amphitheater.

He was attending a wedding rehearsal dinner that Friday night and would be acquiring the title of “father-in-law” the next day when his daughter, Margaret Ann, married Michael Kantz whom Williams describes as “a wonderful young man.”

Williams, 57, and his retired school teacher wife, the former Jenny Lynn Burnette, have two other grown children: Hampton and Banks. They met as college students and married in 1987 in her hometown of Rock Hill, S.C.

It was a busy weekend for Williams who was elected two days later as the new mayor of North Augusta; receiving 2,230 votes of confidence with his Democrat opponent Richard Adams, owner of three barbershops, attracting 860.

That may not seem like much in larger cities, but it was rather impressive for North Augusta which has long been a Republican stronghold.

Williams himself was elated that Adams’ opposition had stirred up political interest in the election among citizens of all races and ages.

The truth is that, if he had played his cards right three decades ago, Williams might have become mayor of New Ellenton, S.C., where he was manager of the NCNB Bank (later NationsBank and Bank America).

But his life path changed, after graduating in 1986 from Presbyterian College in Clinton, S.C., from being a banker for 11 years to being a financial advisor in 1997 with Edward Jones.

The next year Williams opened the company’s second office in North Augusta (the first managed by Aiken County Councilman Chuck Smith Jr.) and became a limited partner with Edward Jones in 2007.

Williams’ roots, however, are not in South Carolina but on the other side of the Savannah River in Augusta.

He was born in the old University Hospital in 1963 and grew up on Lake Forest Drive “closer to the bus stop end then the Augusta Players’ Playhouse.”

At the Academy of Richmond County, he played tennis and football.

Williams’ dad, who died in 2016, retired from Babcock and Wilcox before becoming director of facilities planning for the Medical College of Georgia.

His Pennsylvania-reared grandmother, Ruth Morehouse Seitz, was honored at a “Women of the Church” ceremony at Reid Memorial Presbyterian when she died in 1958.  She had been the medical librarian at Eisenhower Hospital at Fort Gordon.

Be on the lookout to see Williams hit the ground running as a dynamic new mayor in a long line of outstanding chief executives beginning with Luther L. Arrington elected as “intendant” in April of 1906.

• Engage elementary and middle school students in a program that includes lunch with the mayor and a tour of City Hall.

• Restart the monthly publication from the city that highlights important and timely information.

• Have the Mayor’s Annual Prayer event in conjunction with National Day of Prayer.

• Create activities to highlight the 20 parks throughout the community.

Stop by the Evans Market at The Plaza at Evans Towne Center to peruse a big selection of items from local farmers, artists, small shops and restaurants. The market is open from 9:00 a.m. to 1:00 p.m. every Saturday.

For any vendor inquiries or weather cancelations visit their Facebook at facebook.com/columbiacountymarket/ or at experiencecolumbiacounty.com. 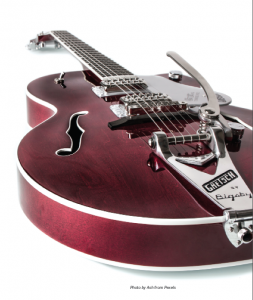 Looking Back is Looking Forward
By Steven Uhles

His name was Mitch and he was a Steely Dan fan.

Because of this, I wasn’t able to completely trust him. He was my boss, as well as a friend – both smart and creative. But the Steely Dan thing, well, that was hard to get past. Chalk it up to youthful arrogance if you will, but outside the guitar solo on Bodhisattva, I was, at that time in my life, unable to get down with the Dan. So while I admired Mitch and enjoyed his company, when he made the occasional musical pronouncement, I switched my settings to skeptical. I’m sure he did the same. The aforementioned youthful arrogance was probably, in retrospect, fairly toxic.

As a result, the only musical moments I recall sharing with Mitch were conversations around a cassette of instrumental music he made and a single offhand comment that shifted my perspective for nearly 30 years.

He had read, he told me, that most people only ‘collect’ music until they are about 30. After that, your personal soundtrack is assembled. After that you will stop seeking new music, opting instead to return time and time again to familiar favorites. Sure, he said, a few may squeak through, but your favorites at 30 are probably going to remain the touchstones.

I was probably 27 at the time and found this prognosis terrifying. I argued that would not be the case for me. I was a seeker, a fearless tastemaker. I would live my life on the edge of the musical envelope, discovering and yes, championing, new music for the rest of my days. He could wear right through the grooves of his beloved copy of Aja while I strapped on my hard rocking pith helmet and made my way into undiscovered country.

The terror of that day, of the idea of becoming Classic Rock Guy stayed with me for years. It remains with me today. I still relish the hunt. I still get excited by record stores, recommendations and, although a dying breed, the odd music magazine. I want to know what is new and what is next.

But recently I wondered what the cumulative cost of that conversation so long ago might have been. Had all this looking forward caused me to miss out on any particular pleasure that come with looking back? Can the nostalgia I avoided enrich the pleasure of a song well sung? I’ve long cited my love for particular records but, in many cases, my love is based in recollection, not recent exposure. Do they hold up? Can I say I am a fan if I have not really listened, critically listened, to the music in longer than I care to admit? There was only one way to find out. I made a list. A list of records I had once loved but might have fallen off my playlist. And then I listened. What I discovered was interesting, enlightening and a little disturbing. A lot of those records I had once loved – an off-peak David Bowie album, the Jesus and Mary Chain’s sophomore slump, the first Cure record – didn’t really stand the test of time. They either no longer felt original or, dare I say it, were perhaps never very good. But I loved hearing them again. I still seemed to know those songs. I felt myself amping up for awkward guitar breaks and singing along with lyrics that fell well short of poetry. I knew they weren’t good. I don’t think I was responding to the music itself. What I was responding to was the endorphin rush of nostalgia. I suddenly understood what all those Doors – or Steely Dan – fans must feel. They may not intellectually love those songs, but do love what those songs represent.

All this, of course, begs a question. A big question. Perhaps the Big Question, creatively speaking. That’s the question of success. How do we gauge creative success? Is the fact that, despite being lesser work, it remains evocative enough? Is that success? “Gloria” is three chords and some spelling, but play that three drinks in at a wedding reception and it is a monster. Does that make it art?

I think it does. Art, great art, evokes response. It could be excitement or discomfort or, as the case may be, a feeling of familiarity. So, despite being a fair few years past 30, I am still seeking as-of-yet unheard music. But I’m happy to say I’ve found a new well to draw from, one of my own construction and design. My own past. Mitch may not have been right, but he wasn’t wrong either.

We are all Reelin’ In the Years.

This edition of Mezzanine was brought to you by Sharks In the Time of Saviors by Kawai Strong Washburn, Guided By Voices – Earth Man Blues and the TCM Channel on HBOmax.

(Photo by Ash from Pexels)

Appears in the June/July 2021 issue of Augusta Magazine. 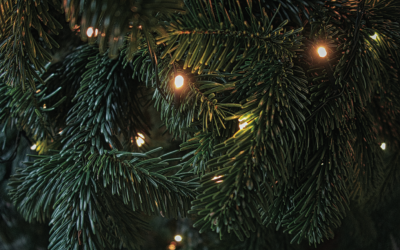 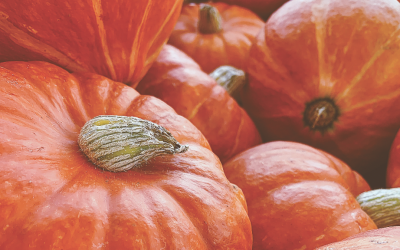 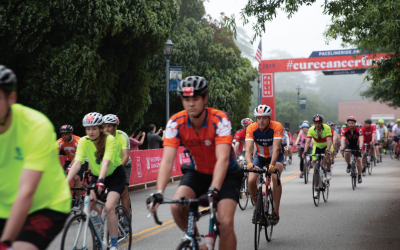