If you are invited to play in the Masters, you are already a great golfer. Here are our picks for players who are not favorites this year, but either have the record here to earn a nod or an emerging game that could bloom among the azaleas this April.

World rankings as of the last week of February2021

Just three years after being  world No. 1 in the amateur rankings, Collin Morikawa, 24, is already No. 6 on the world stage and the owner of a major championship trophy. Morikawa graduated from the University of California Berkeley in 2019 with a degree in Business Administration. He won five collegiate tournaments there and was successful in multiple international amateur events.

In his fourth and fifth starts on the PGA Tour in 2019, Morikawa finished tied for second at the 3M Open and tied for fourth at the John Deere Classic before breaking through with a victory in just his sixth event on Tour at the Barracuda Championship. After losing a playoff at the 2020 Charles Schwab Championship to Tour star Daniel Berger, Morikawa missed his first cut on the PGA Tour at the 2020 Travelers Championship, ending a streak of 22 consecutive cuts made. Only Tiger Woods’ amazing stretch of 25 cuts made to begin his PGA Tour career was longer.

Taking on another star on Tour, Morikawa defeated Justin Thomas in a playoff at the Workday Charity Open for his second PGA Tour victory. In only his second major championship start, Morikawa won the 2020 PGA Championship. His winning final round of 64 tied the lowest final round score shot by a PGA Champion, matching Steve Elkington’s score 25 years earlier. The win made Morikawa the third youngest winner of the PGA Championship at 23 and the fourth to win it before turning 24. He made the cut with a tie for 44th in his first Masters in November but the tournament has a history of identifying champions before the rest of the world.

Patrick Cantlay has moved up a spot to seventh in the WGR since the beginning of the wrap-around year with a win at the ZoZo Champions at Sherwood Country Club in Thousand Oaks, Calif., in October. To win Cantlay had to edge out top players Jon Rahm and Justin Thomas by a stroke.

He was second in early 2021 to Siwoo Kim at the American Express Championship in La Quinta, Calif. and tied for third at The AT&T Pro Am at Pebble Beach. He made his biggest move up the world rankings in 2019 when he put together a string of great tournaments starting with a tie for ninth at the Masters, ties for third at both the RBC Heritage and the PGA Championship before winning the Memorial Tournament presented by Nationwide, hosted by Jack Nicklaus. To win it Cantlay shot a near perfect 8-under 64 to real in former major champion Martin Kaymer, who had a four-shot lead when the day began. Cantlay also finished second last year at the BMW Championship during the playoffs and at the Shriner’s Hospital for Children Open.

He had a successful amateur career that was first noticed when he won the California High School Championship as a senior. His amateur career highlights are too numerous to list but suffice it to say that he was the low amateur in the 2011 U.S. Open and the 2012 Masters.

Of his three Masters appearances, Cantley finished tied for 47th as an amateur in 2012, missed the cut in 2018 and tied for ninth last year. He ranked fourth on the 2019 PGA Tour money list. From his early success, and recent high finishes, Cantley has the air of a rising star.

Webb Simpson is looking familiar, like a golfer on his way to a second comeback. He really hasn’t gone anywhere but he has had two runs where he’s been a major force on the PGA Tour and looks to be fashioning a third. He posted two wins in 2020, at the Phoenix Open and at the Heritage in Hilton Head. Simpson also posted a third at the Sony Open in Hawaii and a tie for third near his home in Charlotte at The Wyndham in North Carolina, a familiar course where he won his first PGA tournament in 2011.

He finished well in the postponed major championships last year with a tie for eighth at the U.S. Open and a tie for 10th in the Masters in November. In his first three starts in 2021 he already has a tie for fourth at the Sony Open in Hawaii. Simpson has one major championship victory, at the 2012 U.S. Open at famed Olympic Club in San Francisco. He won four times in his first three years on Tour from 2011 through 2013.

His next breakthrough came five years later at The Players Championship in 2018 and now is making the broadcast window nearly every week. To go along with his seven PGA Tour victories, Simpson has finished second after losing a playoff five times. With his last two Masters ending in a tie for fifth and a tie for 10th, no doubt due in large part to his mastery of the short game, Simpson is just the sort of “dark horse” this list is made for.

Once regularly positioned at world No. 1, Jordan Spieth has suffered a three-year slump that most golf fans are hoping he finds his way out of soon.

The popular Texan has revived his fans in two starts early in 2021 when he threatened to win on both Sundays, finishing in a tie for fourth at the Phoenix Open and a tie for third in the AT&T Pebble Beach Pro-Am.

A few years ago Spieth had an extraordinary run in Augusta, finishing second to Bubba Watson in 2014, winning the green jacket in 2015 and coming in second again to Danny Willett in 2016.

Late last decade it seemed the high school class of 2011 had taken over the PGA Tour, with Spieth, Justin Thomas, Daniel Berger, Emiliano Grillo, Patrick Rodgers and Anthony Paloucci – all now 27 and all close friends, having “grown up together” playing junior golf tournaments and fierce college golf competitions.

Thomas and Berger have remained near the top of the Tour and golf fans hope they will see Spieth back where he belongs starting at the 2021 Masters Tournament.

Rickie Fowler, 31, formerly a factor in seemingly every tournament and consistently among the most popular figures on tour, has fallen to No. 23 in the world. But he is showing recent signs of his former form.

Fowler’s last victory on Tour was in February 2019 at the wild and woolly Waste Management Phoenix Open, where he was a superstar among the millennial crowd. Two tournaments later, Fowler posted a second place at the Honda Classic, lifting him to No. 7 in the world rankings. He had reached a career high of fourth in the rankings in January 2016 after his victory in the Abu Dhabi HSBC Golf Championship.

Fowler has five wins on Tour, including two very important wins in 2015 at The Players Championship and in the Deutsche Bank Open during the playoffs. He has 11 top-10 finishes in 40 starts in major championships, including two last year: a tie for ninth at the Masters and a tie for sixth at The Open Championship at Royal Portrush in Northern Ireland. Two years ago, he was the obvious gallery favorite as he finished second at the Masters to Patrick Reed. He has had five ties for ninth or better in major championships in the past three years. Fowler has been a popular favorite since he won Rookie of the Year on the PGA Tour in 2010, especially among the younger fans. Wherever he plays, youths come out dressed in his trademark orange outfits and follow his group all day.

All of this points to a crowd favorite whose game is returning. You’ll have a lot of other patrons cheering with you if Fowler is your pick to win the 2020 Masters Tournament.

Article appears in the April 2021 issue of Augusta Magazine.

Better than a Dream

By David Westin  |  Photos provided by The Augusta National Golf Club Almost everything about the 2020 Masters Tournament had a strange feel to it – except for the fact that Dustin Johnson, the world’s No. 1-ranked player, took home the green jacket. Not that he would...

The Golf Takes the Stage

By Stephen Delaney Hale  |  Photos Courtesy of The Augusta National Golf Club In the end, the 2020 Masters Tournament was won by a major talent who counted it as his second major championship victory, and it was largely unchanged inside the ropes. Augusta National... 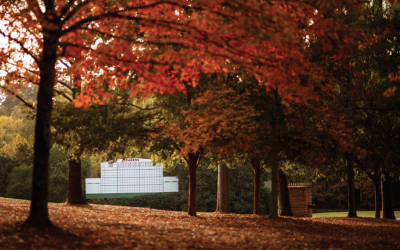 By Stephen Delaney HalePhotos Courtesy of Augusta National Golf Club The people of Augusta have come to rely on the Masters Tournament for its annual economic boost. Last March, when it became apparent that the tournament had to be either canceled or postponed,...