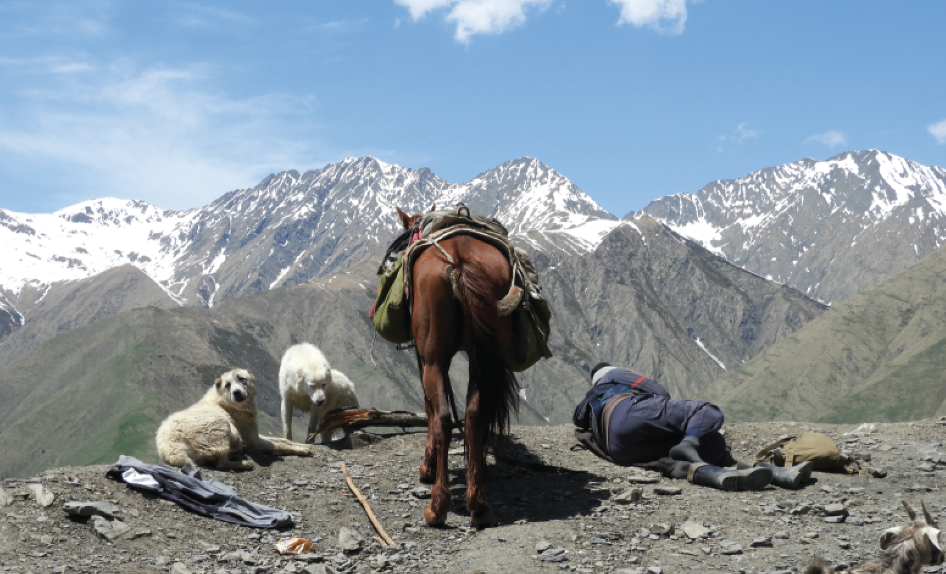 It’s a golden evening in the hills of the Algeti Gorge, and I’m waiting with my thumb up on a quiet back road, hoping to catch a ride. Shattering the warm calm, an unmarked truck comes careening through the bend, red and blue lights flashing. To my surprise, it screeches to a halt. The driver, wearing dark glasses, waves me into the cab. With little more than a word of greeting, he tears off again, blitzing through the twisting roads at well over 100 mph. We recklessly barrel down the left lane as he roars over the PA system, forcing any oncoming traffic off the road, an eternal game of chicken which we always win. The driver, Davit, is former Georgian special forces. He spearheaded a furious resistance against the advancing Russian army during the 2008 war. When I tell him I’m from the U.S., he unholsters a Glock, excitedly gesticulating toward its American origin. Bored in retirement, he’s restless and wants to be back on the front lines of the frozen conflict against the nuclear-armed behemoth to the north. As we speed down the road toward Tbilisi, he assures me with a smile that “If the U.S. nuclear bombs Russia, everything will be OK.”

Georgia’s ancient heart beats within Davit; long-suffering and battle-worn yet resilient, courageous and hospitable to a fault. Due to a strange string of decisions and exigencies, I’ve found myself stranded here during these coronavirus times. As the raging dumpster fire that is the U.S. in 2020 continues to burn, our brethren here, well-versed in chaos and informed by millennia of tribulations, have much worthwhile to say to us American Southerners.

Georgia straddles one of the world’s great historical crossroads, the Caucasus region between the Black and Caspian seas. South lie the high plateaus of Iran and Anatolia, and north lies the great nomad highway of the Eurasian Steppe. Although it shares the same English-language exonym as the U.S. state, there’s no etymological relationship. Our state is named after King George II, while Georgia’s name likely descends from Persia. This hasn’t prevented generations of idiots from touching down in Georgia’s capital, Tbilisi, and thinking they have arrived in Atlanta. Despite an area less than half the size of the U.S. state (with fewer than 4 million inhabitants), Georgia’s location, sandwiched between the Greater and Lesser Caucasus mountain chains, lends to a diverse landscape: dark magnetic sand beaches, snow-covered peaks, arid steppes and everything in between.

Georgian speakers call their country “Sakartvelo”  —  “the land where Kartvelians live.” Alongside its close relatives Svan, Laz and Megrelian, it forms the unique Kartvelian language family, unrelated to any other known languages. With roots stretching far back, before the invention of writing, Georgian is believed to be among the oldest spoken tongues in the world. It’s very difficult for English speakers to master. Listen to it  —  there are almost no recognizable words, as it does not share Indo  —  European roots. Furthermore, many Georgian consonant sounds simply have no parallels in English, contributing to its harsh, guttural impression on our ears. Georgian also uses its own alphabet, a beautiful, fluid script called Mkhedruli with 33 letters, 28 of which are consonants. If you’re able to get a grip on the alphabet and pronunciation, a bewilderingly complex system of suffixes and prefixes for verb construction awaits.

Georgia sits atop a hotbed of linguistic diversity, a great upwelling of tongues from a fractious cultural fault line; in addition to its unique indigenous languages, it bears the linguistic fingerprints of millennia of traders and invaders. As a result, the Caucasus is among the most linguistically rich places in the world, alongside Papua New Guinea and the Amazon. Georgia itself hosts significant numbers of speakers from other language families, including Indo-European (Greek, Armenian and Ossetian), Turkic (Azeri), Northwest Caucasian (Abkhaz) and Northeast Caucasian (Chechen). This rich tapestry of tongues has unfortunately become a persistent migraine for contemporary Georgia, as the centrifugal forces of ethnic separatism have threatened to tear the country apart. 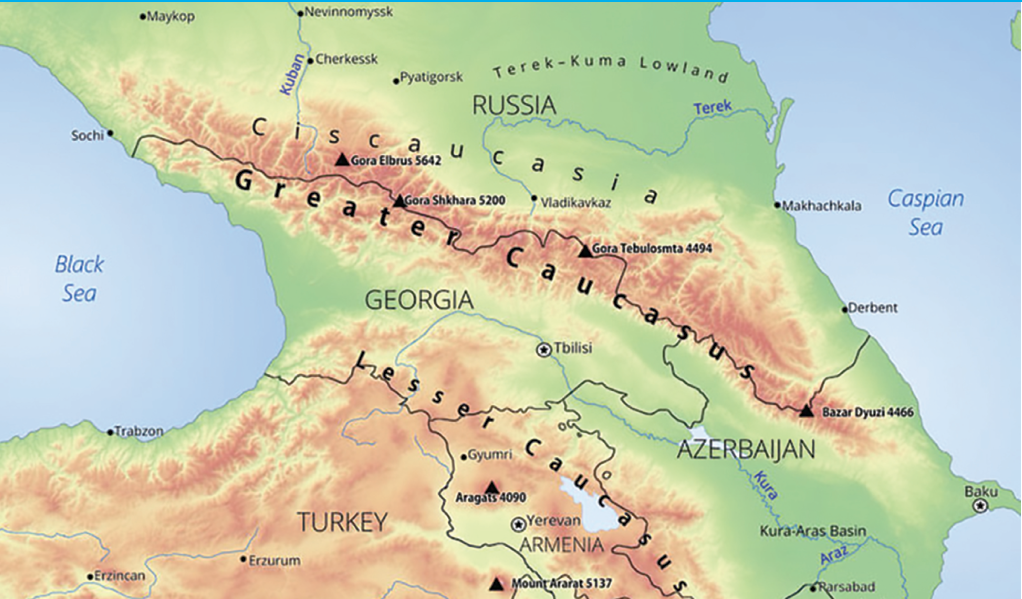 The world highways which have brought commerce and cultural exchange have just as often brought the heavy tramp of booted feet and rapacious armies of invaders. One of the toasts they drink here is “to all countries with a history like Georgia”  —  one of tribulation and trials. The Caucasus has historically comprised a disputed borderland, torn on a west-east axis between Mediterranean and Iranian powers; Romans versus Parthians, Byzantines versus Sasanians, Ottomans vs. Safavids, and so on through the centuries. The roving clashes of these titans have repeatedly spilled into the much smaller country of Georgia, trampling it underfoot in their wrath. While the interlopers have changed identities over the centuries, the material results for Georgia have been depressingly similar: slaughter, pillage and fire, as the country has been repeatedly depopulated and its cities leveled. The devastation of war is ingrained into Georgian DNA in a way that Americans, a people who have not fought a war on their home turf in 150 years and who have largely outsourced their warmaking to a hereditary warrior caste, have simply forgotten.

The last invader still casts a long shadow. Over the past 250 years, Russia has subjected Georgia to a stream of betrayals and abuse of remarkable consistency. In many ways, Russia is to Georgia what the United States is to Cuba; an oversized and abusive relative of unfortunate proximity. In 1783, Georgia concluded a treaty with Russia, whereby it gave up some sovereignty in exchange for protection. However, when Persian forces invaded Georgia less than 15 years later in 1795, the Russians sent little more than vacuous well-wishes, little use in the face of massed Farsi steel. Although King Erekle II made a heroic stand outside Tbilisi, his army was annihilated, the capital burned to the ground and the survivors enslaved. Russian forces then proceeded to directly annex the charred remains of the country in 1801, abrogating the 1783 treaty. In 1920, following the Russian Revolution, Lenin signed a treaty with Georgia recognizing its independence. Lo and behold, less than a year later, the Red Army came pouring across the Caucasian passes, ruthlessly crushing resistance and incorporating Georgia into the new Soviet Empire. While rulers in Moscow have come and gone, imperially callous treatment of Georgia has remained constant.

Georgia’s current headaches derive from a bastard union of its separatist problems and the Russian menace. After Georgia achieved independence amidst the dissolution of the Soviet Union, the autonomous regions of Abkhazia and South Ossetia rebelled against Georgia in 1992 with Russian support, sparking brutal interethnic conflicts. Ever since then, Russian troops have occupied these regions, which claim to be independent but are almost universally internationally recognized as the Georgian territory. The frozen conflict occasionally boils over, notably in 2008, when full-fledged war broke out, resulting in a massed Russian invasion of the country. Davit fought valiantly but hopelessly against this onslaught.

Despite this history  —  a litany of invasions, massacres and oppression so comprehensive it becomes mundane  —  Georgia still stands, bloody but unbowed. Georgia’s ancient tongue flourishes, beautiful Mkhedruli script covers the country from the Black Sea to the Greater Caucasus, and Georgian cuisine remains among the highest-regarded culinary traditions in Eastern Europe. Like Davit, Georgia’s hospitality is undimmed by foreign aggression. I cannot count the number of times I’ve been invited into a stranger’s home for food, a night’s rest or a “few” rounds of drinks, an eternal hand of welcome extended even to Russians.

Grounded in this tale of terrible suffering and indomitable resurgence, Georgia faces the current onslaught of crisis with confidence, maybe even derision. Many of my friends here are refugees from Abkhazia, evicted from their ancestral lands at gunpoint, unable to return. I know of men who have fought in four different wars here. For these people, a global pandemic is little more than a blip on the radar. It’s a welcome sense of perspective for an American who has spent his entire life living in cushy decadence, protected by vast oceans and friendly neighbors, for whom the current cocktail of chaos, political dysfunction and disease is unprecedented. I remember watching the news with my adopted Georgian mother as Americans brawled in supermarket aisles over toilet paper. She watched in disbelief, failing to comprehend how people could lose their minds like this. “What is this corona?” she asked. “I am Nino Geladze. I’ve seen war and revolution. I’ve seen Tbilisi in flames. What is corona compared to that?”

Georgia’s beautiful, battered soul is captured in the ritual toastmaking which sets the pace for any drinking gathering. These are ubiquitous occasions; drinking has been described (not incorrectly) as the Georgian national pastime. At each such get-together, a designated Tamada (toastmaster) works his way through a series of obligatory toasts while weaving in additional ones of his own choosing  —  to God, family, friends and so on. An eloquent Tamada is a master of his craft, like any other great artist, able to induce both tears and laughter. One of my favorite toasts is to the country and place where you feel at home. My friends drink to their mountain homes. I drink to the city of Augusta and a little street called Morningside Drive. May the people there weather these storms with fortitude and perseverance and emerge like Davit, renewed in spirit and ready to rejoin the fray.

Appears in the November/December 2020 issue of Augusta Magazine. 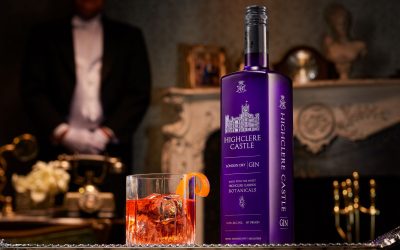 Celebrate Special Occasions With These Wonderful Wines and Spirits

Downton Abbey fans will love Highclere Castle Gin. (©Highclere Castle Gin) By Jennifer McKee While it's always a fine time for wine and spirits, your special occasion will be that much more so with these flavorful bottles. Read on for a list of our favorites for... 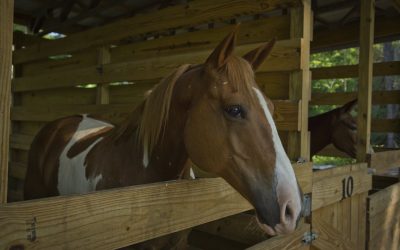 Stop off at Crawfordville to ride horses and view Civil War artifacts. (©Georgia Department of Economic Development) By Jennifer McKee If you’re like us, you’ve often wondered about the towns that dot the drive from Augusta to Atlanta. Need to make a pit stop? Here...