NYCWFF Goes Virtual With the Biggest Names in Cooking

Participants appear in one of two cooking series: “Cook From the Book,” in which famous chefs take you through one of their favorite cookbook recipes (you also receive the cookbook); or “In the Kitchen,” live, interactive, virtual cooking with the stars of Food Network and the Cooking Channel.

One of the first up is Valerie Bertinelli, whose “In the Kitchen” segment teaches you how to make a perfect weeknight meal with ingredients you already have in your pantry.

When it comes to cooking at home, Bertinelli either likes to keep it simple or go full hog.

“I’m either grilling simple chicken breasts to pair with a yummy salad or testing out a recipe that has me stumped, and making my family taste-test,” she says.

For those who want to try something new but don’t want to spend a lot of time in the kitchen, Bertinelli says, “I’m always a fan of using store-bought ingredients to make your life easier in the kitchen.”

“Cookies are my go-to guilty pleasure, and also one of my favorite recipes in my cookbook,” says Jackson. “I wanted to do something different, something not associated with me.”

Jackson, who is also a physical trainer, says there’s no need for a “cheat day” if you enjoy your favorite foods in moderation.

“You don’t have to shy away from the foods you like, you just have to understand that you can’t eat them all the time,” Jackson said.

Also on the schedule is Marcus Samuelsson, a multiple James Beard Award winner and food activist in New York City, part of the “Cook From the Book” series.

Samuelsson’s cookbook, “The Rise,” is a celebration of Black excellence in the culinary world.

“It’s important to tell the story of Black cooking and how it relates to America,” says Samuelsson. “Black cooks have had to face many injustices and I get to do what I love because of them.”

The audience will cook Shrimp & Grits along with Samuelsson, who has fond memories of fishing with his uncles as a youth. In best sourcing ingredients, he reiterates that fresh is best.

“Go to the local farmers market and buy seasonal ingredients,” he says. “Create relationships with the fishmonger and butcher. That way you’ll get the best cuts.”

For more information on Bertinelli, Jackson, Samuelsson and others featured at the NYCWFF, visit https://nycwff.org

Give new life to a classic cocktail with Brugal 1888's Negroni Sibarita. (©Brugal 1888) By Jennifer McKee May 13 is World Cocktail Day. Raise a glass to these recipes that have you sampling spirits from across the globe. Produced in the Dominican Republic, Brugal 1888... 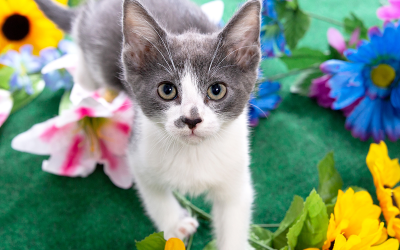 Gifts that Give Back: Make a Charitable Donation in Honor of Mom This Year

New Acquisitions on Display at the Morris Museum of Art