Christopher Crenshaw’s musical journey has taken him from playing keyboard in his father’s traveling gospel quartet to working side-by-side with a living legend.

Now Crenshaw, a Thomson native, has finished up work as composer on the acclaimed new album, “The Fifties: A Prism by the Jazz at Lincoln Center Orchestra with Wynton Marsalis.” It is a tribute to the varying styles and movements of jazz from the 1950s and was recorded during a live performance at Lincoln Center’s Frederick P. Rose Hall three years ago.

Long a mainstay at trombone in one of the most celebrated jazz orchestras in the world, Crenshaw also is an accomplished composer. He has transcribed music and written arrangements for two Tony Award nominated musicals, “After Midnight” and “Shuffle Along.”

The diversity of jazz in the 1950s, including emerging forms of expression that would fuel the growth of various genres in the following decades, inspired the sounds of “The Fifties.”

“When I was presented with the idea of coming up with a suite dealing with the 1950s, I immediately realized this was going to cover all the genres of jazz, from bebop to freedom music,” said Crenshaw.

Crenshaw first discovered his love of music at three years old when he started playing piano. By 11, he found his musical calling when he picked up the trombone. After studying at famed The Juilliard School, he joined the Jazz at Lincoln Center Orchestra in 2006, and the rest is history.

Released by Blue Engine Records, “The Fifties” is available on digital platforms at jazz.org/thefifties. 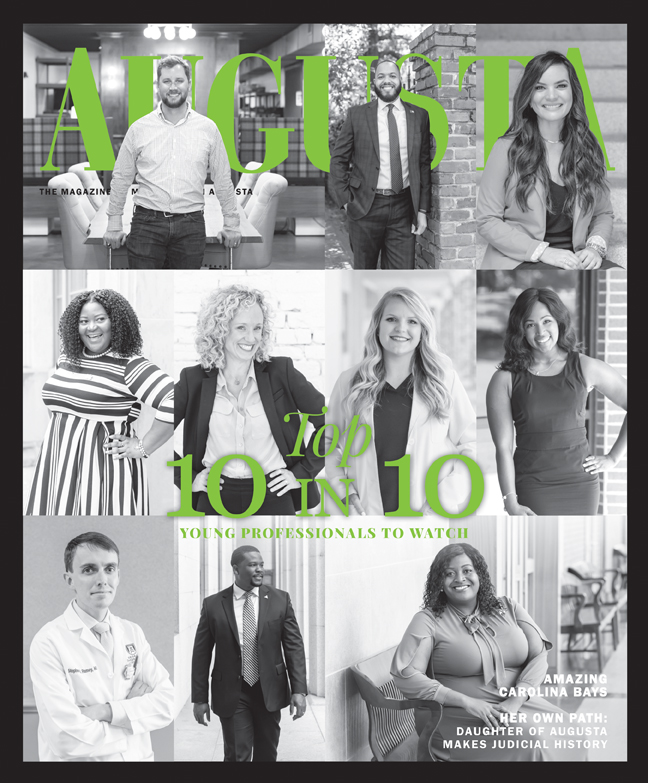 By Jennifer McKee Ah, summer. While we welcome the sun’s bright ways, we have to deal with, well, the sun’s bright rays. Having a cool beverage close at hand is a must. Enter Fun Wine. Launched last year at Miami’s Art Basel, the low-alcohol concoction comes in three...

By Jennifer McKee One of Georgia’s largest and oldest National Historic Districts, Madison, Georgia is known for its antebellum homes, recreational opportunities and Southern grace. History buffs will recall that Madison is the town Sherman refused to burn on his...

Daughter of Augusta Makes Judicial History By Ryan Lutz  |  Photo by Chris Thelen Born of the sun, they travelled a short while toward the sun And left the vivid air signed with their honour. ~ Stephen Spender, “The Truly Great” The first time I ever met a judge, I...