Top 10 in 10 Young Professionals to Watch

Brigham’s role as a project manager is versatile and includes working as a liaison for the information technology, human relations, procurement, public relations, and land bank departments

Five-year goal: To become the next director of finance for the Richmond County Tax Commissioner’s Office

Colleagues say that she has: Immaculate leadership skills, an indefatigable personality and an old soul

Community involvement: Current member of the 2017 Leadership Augusta class and former youth apprenticeship coordinator with the Richmond County School System. In this role, she served as regional chair and state representative for Georgia’s work-based learning program.

Personal motto: “AIM,” which stands for “always improving myself.” She says that this motto is a reminder that if she is not committed to self-improvement she will lose the ability to positively influence and serve others.

Primary responsibilities: To value and defend commercial/industrial real property as laid out by Georgia tax code and the Georgia Department of Revenue for ad valorem tax purposes. He also advises taxpayers on appraisal methods, procedures, exemptions, and laws regarding property values.

Five-year goal: To obtain his appraiser IV certification with the Georgia Department of Revenue, become a member of the International Association of Assessing Officials, and begin the process of receiving international certification.

In January, Briscoe was recognized as an Augusta Champion by the Augusta Visitors and Convention Bureau. He received this award for promoting tourism in Augusta during a one-day seminar hosted by the Georgia Association of Assessing Officials that provided an estimated economic impact of over $46,000.

The Boys and Girls Club, American Heart Association, United Way, the senatorial debate district #22, among others.

As an independent entertainment artist, Clay has written, directed, and produced several theater productions and seven web serials that total 229 episodes. He is the only web series content creator from Augusta who has been recognized at the Los Angeles Web Series Festival.

Thinks that Augusta is ready for: A national production company. It is Clay’s ultimate goal to operate his own national network right here, drawing from what he believes is a highly qualified pool of innovators.

Community impact: As a member of New Creation Christian Church, Clay is very active in the media ministry and teaching children. He has also presented at several school-related functions in which he has had the opportunity to encourage students to follow their dreams.

Is most inspired by: Oprah Winfrey and her perseverance in creating her own network.

Greatest victory: Surviving acute lymphocytic leukemia, which he was diagnosed with at age 16.

As a managing partner at Burroughs Elijah LLC, a law firm focusing on estate planning, elder law, and business law, Burroughs is involved in all aspects of the business, including litigation, networking, community outreach, and managing the finances.

Five-year goal: In addition to expanding the firm and educating the public about elder law and estate planning through seminars, Burroughs anticipates receiving the designation of certified elder law attorney through the National Elder Law Foundation.

Colleagues say that his: Integrity is unquestioned

Next community project on the horizon: In the next few months, Burroughs will be presenting several community forums, hosted by Cold War Patriots, where he will share information on the appeals process under the Energy Employees Occupational Illness Compensation Program Act.

Education: B.S. in Zoology, Botany, and Chemistry from the University of Lucknow in India; M.S. in Biotechnology from the Indian Institute of Technology; Ph.D. in Cancer Inflammation and Genetics from the Sanjay Gandhi Post Graduate Institute of Medical Sciences in India

Primary responsibilities: As an educator and cancer biologist with over 13 years of clinical, academic, and federal research experience, Achyut serves as a highly effective mentor and member of cross-functional teams working to cure cancer.

Body of work: Achyut has been published more than 35 times in cancer biology, immunology, therapy, and genomics journals; his research has been cited more than 650 times by other scientists and investigators. Further, he was recently awarded a $40,000 grant by the American Cancer Society.

Five-year goal: To receive independent funding for a lab at Augusta University that would focus on the preclinical modeling of cancer, especially malignant brain and breast cancers.

Community impact: The consummate educator, Achyut volunteers as an ad-hoc teacher at Augusta University, in addition to his regular course schedule. He participates in Arts in the Heart of Augusta and the Color Run.

Significant discovery: Lebedyeva has identified and developed a method to use small molecule compounds to target cancer cells. Augusta University has filed a U.S. patent for these compounds as anti-cancer agents.

Community impact: For the past four years, Lebedyeva has organized a medicinal chemistry seminar series that is open to the public. She invites nationally recognized researchers to present their findings at Augusta University. Off-campus, Lebedyeva volunteers at Holy Trinity Greek Orthodox Church.

Education: Bachelor of Business Administration (in progress) at Augusta University

Primary responsibilities: Miller is Hope House’s primary grant writer and coordinator of community engagement. In 2014, she acquired an $81,000 contract from the Georgia Department of Human Services to expand parenting and abuse prevention services for women. The contract was renewed in 2015 and 2016.

Community impact: As a certified addiction recovery specialist, Miller has been a part of the process improvement initiatives for treatment centers across Georgia, speaking in front of state legislators and other recovery allies.

Has taken Hope House to the next level by: Increasing the organization’s resources by 25 percent in four years and establishing a development team that has increased donations and volunteer hours by 50 percent.

Five-year goal: To earn her J.D. and a master’s degree in public health.

Enjoys her work because: She gets to see the light come on in others and see people become who they were meant to be.

Education: B.S. in Education and a Master of Science, Major in Kinesiology; both degrees are from Augusta University

Quarles’ typical day runs the gamut, from recruiting student athletes from across the United States to developing extra workout plans for current men’s basketball players at Augusta University. He also teaches college classes that focus on the importance of health and wellness.

Five-year goal: To obtain an assistant coaching position at the Division I level.

Most rewarding part of his job:

Helping to develop independent, educated young men into productive citizens while simultaneously coaching them in a game that he loves.

Tells all of his students: Life is more than how many points are scored; the way we choose to experience life and give back to others is what makes you a true winner.

Education: B.A. in English and History from Charleston Southern University; degree candidate for Master of Arts in Communication from Johns Hopkins University

Primary responsibilities: Swartzbaugh is tasked with juggling the deadlines of proposals, the research involved in securing new clients, and the meetings and events required to grow relationships—all while managing the identity and presence of R.W. Allen on every platform.

Favorite achievement: Being part of Leadership Augusta, which she says exposed her to different aspects of the community as well as a group of talented professionals.

Is a member of: the Metro Chamber Business Education Advisory Council, the Community Foundation Grant Panel, the board for the Family YMCA of Greater Augusta, and the East Georgia Workforce Development Alliance.

Primary responsibilities: A physician scientist-in-training, Islam has spent the past four years working in the biochemistry and molecular biology lab to study the therapeutic treatments for inflammatory bowel disease and prevention strategies for colorectal cancer.

Community impact:  For the past five years, Islam has organized and participated in the Medical College of Georgia’s Igniting the Dream of Medicine Conference, designed to encourage first generation college graduates and under-represented students to pursue careers in medicine.

Is inspired by: The 16th U.S. Surgeon General Dr. David Satcher and Dr. Francis Collins, the director for the National Institutes of Health. Islam has met them both and was energized to make her mark in changing the face of medicine and healthcare.

Significant discovery: Islam’s dissertation project has identified Viagra as a novel therapeutic agent for the prevention of colorectal cancer.

Colleagues describe her as: A shooting star, a beacon of inspiration, and a role model.

This article appears in the June/July 2017 issue of Augusta Magazine.

By Jennifer McKee   Augusta’s Edward’s Hospitality Group has a new executive chef on board. Chef Frank Kassner now oversees the operations at Edgar’s Grille, The Pinnacle Club, Snelling and Anderson conference centers and the soon-to-open Edgar’s Above Broad.... 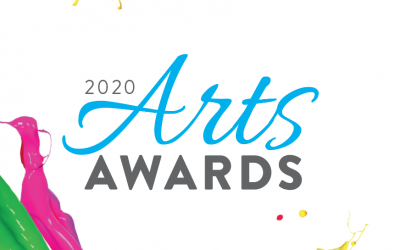 By Jennifer McKee Karlton Clay - Artist of the Year Award An alum of Davidson Fine Arts School, Karlton Clay has always had a passion for storytelling. He began to write at a young age, and got involved in production while at Davidson.  March 18, 2002 marked a turning...

By Don Rhodes WRDW-TV may be moving from North Augusta, but 66 years of memories are staying behind   From high on Summerville hill, where they lived on Heard Avenue near the Partridge Inn childhood friends Bob Smith and Dan Miller could see the new steel towers of...