It’d be easy to write off PDQ as just another chain—that’s exactly what I did when I first moved to Augusta. I’m almost embarrassed to admit that it took a timely press release and the fact that the food world dubbed 2016 the ‘year of the chicken sandwich’ for me to sit up and pay attention. The chicken sandwich isn’t a novel concept, but the one that PDQ added to their menu in honor of their five-year anniversary—which features a crispy chicken breast dipped in homemade honey butter—is poised to rival the popularity of their trademark chicken tenders.

But PDQ is more than the sum of its hand-breaded chicken tender parts. I learned that PDQ actually stands for ‘People Dedicated to Quality’ (not ‘Pretty Darn Quick’), and as the trend for fast-casual concepts continues to rise, it’s nice to see that there’s a chain that’s not cutting corners when it comes to its people. Since the chain was founded in 2011, PDQ has opened 55 locations across the Southeast and created 3,600 jobs, all while fostering a company culture that celebrates a dedication to hospitality. No matter the industry or size of the company, employees often struggle to be heard but one of their Tampa-based employees is responsible for inspiring that new menu item (and customers are happy that co-founders Nick Reader and Bob Basham listened). And, every year PDQ donates money to local charities, schools and organizations in need—to the tune of $5 million. Looks like the only thing I need to order next is a slice of humble pie.

The Orchards offers a variety of delectable handmade treats that are perfect for treating your sweetie (or yourself) anytime. This Valentine’s Day, forget the last-minute box of drugstore chocolates and opt for these artisanal sweets that are sure to win you major brownie points.

Tigerpaws
These lush chocolate and caramel creations are truly artisanal. Each one is made completely by hand and is unique in size and shape.

Cheecans
If your loved one prefers savory over sweet, opt for their take on traditional Southern cheese straws. They’re made with pecans, lending the crackers a crispy and crunchy (rather than flaky) texture, and are so addictive they should come with a warning label.

Hand-dipped chocolate covered strawberries
This classic fruit-and-chocolate combo is so fresh, you need to order ahead and pick them up in person, so plan accordingly.

It might seem crazy to open a bar with no hospitality industry experience, but for Arsenal Tap Room + Kitchen owner Mike Brown, it was almost crazier not to. The self-professed craft beer nerd and long-time home brewer spent the last ten years visiting and researching craft beer breweries and restaurants, fastidiously collecting the notes and menus that helped influence his concept.

Brown, who studied history at Augusta College and historic preservation at the University of Georgia, applied that same passion to the interiors. The bar, located on Monte Sano Avenue in the Summerville neighborhood (where he and his wife have lived for 20 years), features Live Edge tables and shelves fashioned from storm-stricken local trees, as well as salvaged wooden doors, siding and beams that he collected over the last 15 years. The pet-friendly beer garden, where you’ll want to sip your suds come summertime, is outfitted with vintage German Biergarten tables.

“Our goal was to open a comfortable craft beer venue that served an affordable menu of various grilled cheese sandwiches and tater tots,” explains Brown. Their approach to the drink menu echoes the beer geek sentiment—10-15 new arrivals are tapped weekly—with the caveat of also offering something for craft beer newbies. Besides the varied selection, Brown stresses the importance of how the beer is served. “All beer loses some flavor and aroma when it is served too cold. We attempt to serve beer at the proper temperature and in the proper serving vessel so that the beer is experienced as the brewer intended.” Even if you’re not a beer fan, you’re likely to be converted, but just in case, wine and craft cocktails are also offered, several of which are made with liquor distilled by some of the same craft beer companies.

Chances are you’ll want to linger for just one more drink, but you can also take brews to go; their Crowler™ machine dispenses beers straight from the taps into 32-ounce cans (Crowlers).

When I learned about The Orchards Gourmet Nuts, Candies, and Gifts, I couldn’t help but think of Charlie and the Chocolate Factory and how it would be like if Willy Wonka joined forces with Mr. Salt’s nut shelling factory. The Orchards started in 1935 with the Atwell Pecan Company, which Susan and Jerry Dowdy have owned and operated for the last 35 years, and is still located within 100 yards of its original location. In the late ‘80s, the shelling plant was expanded to include the Thames Pecan Company, which wholesales pecans and other nuts. Together, they shell and process about two million pounds of pecans annually. What could make this enterprise even better? The answer: add chocolate.

Ten years ago, the Dowdys installed a candy kitchen, where all their confections—ranging from chocolates to candies to cookies—are made by hand and packaged for shipping. It’s truly a family business, as several of Atwell’s long-time employees now work in the candy kitchen (I guess that’d make them the Oompa Loompas in this analogy), and the Dowdy’s daughter, Sue-anna, serves as the company’s Creative Director and Vice President of Marketing.

Confections are made using a variety of time-honored recipes and techniques, many of which are cherished family traditions. Brittles are stirred by hand and poured to cool on marble tables before being broken into pieces; Pecan Peanut Butter Meltaways are filled with peanut butter and hand-coated with chocolate and coated pecans are hand-stirred in large copper kettles. Taking things from shell to sweet are the best-selling chocolate-covered pecans, which feature roasted mammoth pecan halves draped in a luxurious double chocolate coating. If you fancy a quick road trip to Wrens, Ga., you can purchase goodies directly from their retail shop, or you can shop online (Valentine’s Day is coming up, hint hint). Either way, you’ll feel like you just won a golden ticket. 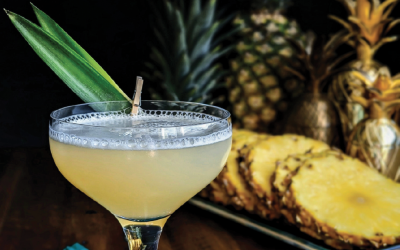 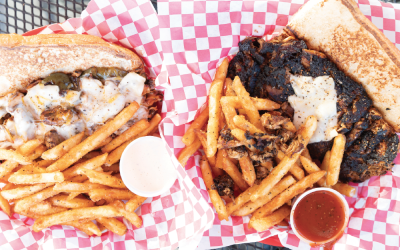