Looking for a fast and easy way to sell or buy (almost) anything? Then look no further than Mercari, the selling app. Mercari can help you sell all that stuff you don’t use, never used or simply outgrew.

Shoes to electronics. Fashion to toys. If it ships, you can most likely sell it. Millions of buyers nationwide. No meetups, no hassles. Just take a few pics, add a description and name your price. Seller protection. Payment guarantee. Shipping protection.

Originally published in 1957 and re-released in the 1980s, Ben Hogan’s Five Lessons: The Modern Fundamentals of Golf is an essential addition to any golfer’s bookshelf.

The book’s age may mean that you can find it cheap, but it does not mean that the lessons packed between the book’s covers are outdated. Often described as “timeless,” this easy read tells golfers exactly how to improve their game, no matter their skill level.

Hogan is one of the best golfers ever, winning nine major tournaments, including the British Open, the Masters Tournament and the U.S. Open in his 1953 “Triple Crown” season. Aside from excellence on the course, however, Hogan also believed that any golfer could shoot below 80 and develop a consistent, high-level swing.

In Five Lessons, Hogan shares the wisdom he has learned with step-by-step instructions and illustrations that will make you feel like you’re receiving a one-on-one lesson.

In the heart of South Carolina, tradition and tomorrow pair perfectly in Columbia. Take a short trip and visit this modern city, where stately buildings buzz with new business and centuries-old sites give rise to fresh perspectives. Delicious dining options guide you through the city’s creative hub that’s fed by university and capital city communities – all in the midst of surrounding natural beauty. With fabulous shopping and tons to see and do year-round, it’s a real Southern hot spot that will leave you looking forward to what’s next.

Graduate Columbia. To be a Graduate is to be part of a well-curated, well-crafted collection of hotels that reside in the most dynamic university towns across the country. Every property celebrates and commemorates the youthful optimism of school days and cultivates the spirit of each community in a bright new way.

Bask in the unexpected, where little moments of surprise and discovery will meet you down every corridor and around each corner. Sure, there are comfy beds and five-star touches and all, but rest assured you’ve never had a night quite like this before. In other words, The Graduate has done its homework.

Spotted Salamander Cafe And Catering. The Columbia food scene is buzzing with new and exciting restaurants popping up all the time, while seasoned chefs continue to wow diners with their culinary creations. Jessica Shillato, 2019 South Carolina Chef Ambassador, carries on her family’s culinary traditions while the cafe pays homage to Southern food craft. Shillato’s creativity is in full force here, resulting in classic dishes and a sincerity to the food.

Along with husband Jake Wendling, Shillato established Spotted Salamander in 2008, and the dining public has heartily approved, earning her legions of fans. Everybody knows Spotted Salamander by its deviled eggs du jour, daily cronuts and the seasonally short-lived soft-shell crab, but what gives the café its very specific feeling and flair is that it’s fresh and ever-changing. It’s rare that you will see the same thing twice, and if you do, it’s because it’s a favorite of returning customers, like the classic tomato sandwich, pork belly mac and cheese, and the café’s “Fried Chicken Friday.”

While it’s typical of The Vista to be buzzing, it comes alive with extra vibrancy during Arista Vista each spring, when the galleries keep their doors open later and public art spills out into the streets to bring culture into reach for everyone.

Columbia is a veritable melting pot of cultures, and nothing showcases that aspect more than the annual Columbia International Festival,  bringing together the foods, songs, dances and clothing of the people who make up the Midlands. A vital part of the growing music scene, The Love, Peace & Hip-Hop Festival brings together old and new artists in a family-friendly environment, and in May, crawfish are kind of a big deal during the Rosewood Crawfish Festival. With 10,000 pounds of crawfish and other Southern favorites, Columbia is a city your tribe won’t want to miss.

Professional drummer and American painter David Swanagin believes playing music and creating visual art are an extension of the same desire to create and connect.

“Whether it’s drumsticks or paintbrushes, artists and musicians can be somewhat reserved, and we use our instruments as a voice to convey our feelings,” Swanagin said. “We scan the crowd (if there is one!) to see who is listening or viewing what we are trying to say. There’s also always the anticipation of who’s going to be there.

“In music, I get a euphoric feeling when the audience responds to a song. In art, I get that feeling when someone tells me how a painting makes them feel or that it’s a special or meaningful place to them, then I know that I’ve achieved my goal… You also show exactly who you are in both situations, whether music or art, because you really put your heart into it and people understand what you are about.”

For months, Swanagin has worked from his North Augusta studio on his newest art collection, “Paintings of the Southern Landscape.” The collection includes 35 paintings and will be exhibited at Sacred Heart Cultural Center March 5-April 30.

Swanagin enjoys the freedom of painting. “There is more pressure when I do a solo art show because there is no one to blame if it isn’t well received, but in music you have others on stage. I guess you could say I’m the bandleader with my upcoming art exhibit, and I have a 35-piece band (all the paintings),” he said.

Swanagin has had an interest for art ever since he was a child, and he has found inspiration from family, his early experiences at Augusta National Golf Club and the Tonalist movement.

“Being around my grandfather (an artist) and my mother (also an artist) inspired me to start painting,” he said. “My mom was my biggest fan, and I still feel like she’s watching over me, and it helps me strive to keep going and grow as an artist. I also paint because I am a big fan of  the outdoor landscape, and besides music and golf, it’s really the only other thing that I love to do.”

As an avid golfer himself, Swanagin has fond memories of Augusta’s prestigious golf course. “Growing up, my earliest memories of the Augusta National and the Masters was being carried around the course during the tournament at around 7 years of age. Of course, back then, the golfers were much more accessible and tickets were easy to come by,” Swanagin reflected.

“That was also the age I started playing golf. The Augusta National was the first  golf course I was on that opened my eyes to the beauty of the surroundings and was the catalyst for me wanting to paint landscapes. Before that I was just drawing. I feel very fortunate to  have had that world-famous magical golf course as my inspiration.”

While developing his skill at painting, Swanagin visited France, and after a trip to Claude Monet’s estate, he became inspired by Impressionists, which led to his love of Tonalism. “The Tonalists painted more muted and subdued hues, often focusing on creating atmospheric scenes… and their use of light has definitely influenced me a great deal. Being out at the start of the day and at dusk has always evoked a certain feeling, and then seeing the light appear and fade is somewhat of a spiritual experience for me. Not only am I able to see the light, I can feel it.” 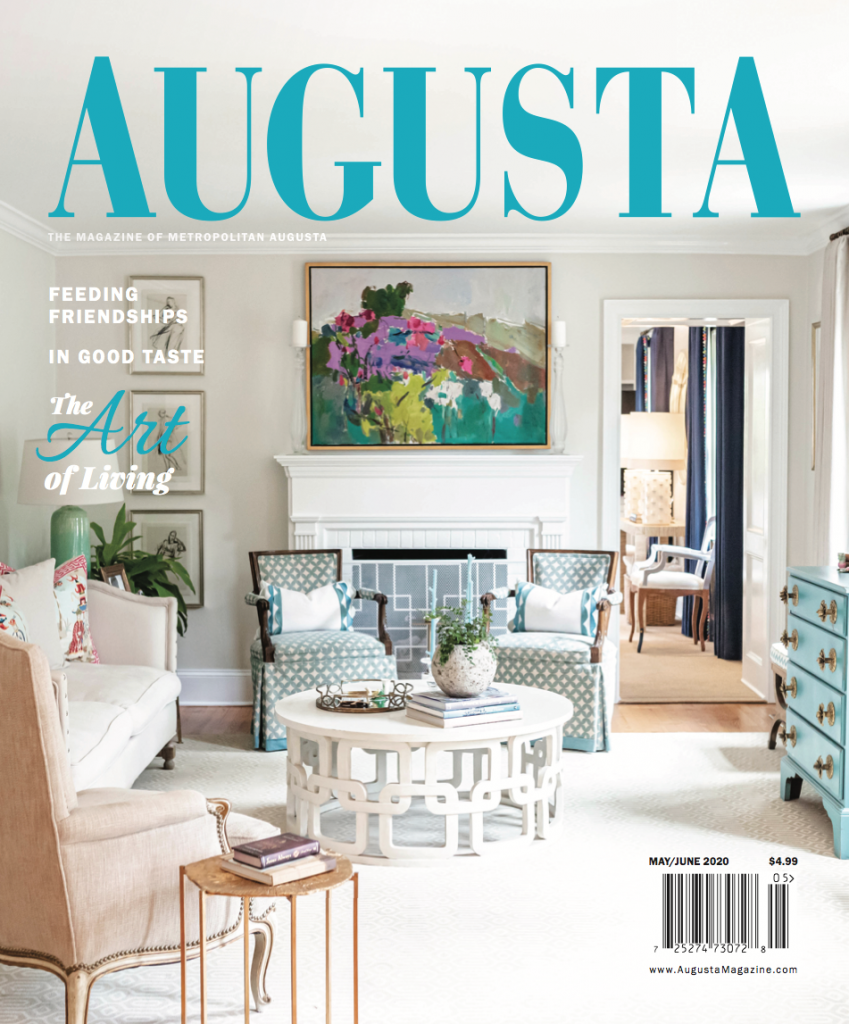 TECH Ember Ceramic mug A smart coffee cup? It’s smarter than you think! This smart mug connects to your phone through Bluetooth and allows you to set an ideal temperature for whatever you’re drinking (up to 145 degrees Fahrenheit). Once the beverage reaches that...